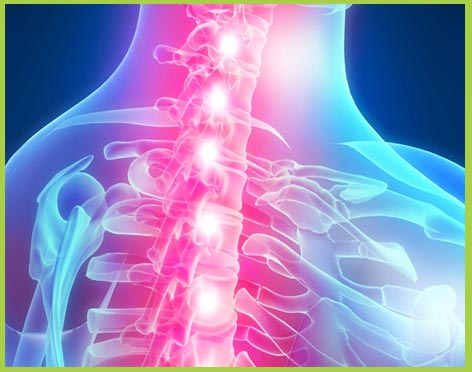 Anitomical Reasons For Pain & How We Stop It In Red Bank, New Jersey

Chronic low back and neck pain can be a very frustrating situation for many people. There are many causes for you pain. We have provided these 3D Medical Animations to better help understand your pain and what treatments are available to help you alleviate or even stop the pain

Dr. Lawicki offers a comprehensive approach to finding the cause or causes of your back pain. You get to discuss all of the symptoms you are experiencing, the frequency, the pain level, and we design a treatment plan just for you

Are A Candidate For Spinal Decompression

Dr Larry and his wife Dr.Tara are warm ,friendly caring professionals that have years of training and experience.

As of today, nearly six months to the day after the original incident, I am PAIN FREE!!!! I have resumed my normal activity; riding my motorcycle, fishing and boating and returned to the the horse trails. The best news in this story is that I avoided the risk of surgery and the protracted recovery that goes along with it.

He's genuinely compassionate and has a deeply seated concern for ALL of his patients well being. Who knows, maybe Dr. Lawicki will end up being your friend for life too! He is mine and I'm glad I met him.

Thanks to Dr. Lawicki never giving up on me, I was able to improve my quality of life and can now be found doing those things I love the most like yoga and hiking!

Dr. Lawicki gave us our lives back!

MY HUSBAND WAS FACING BACK SURGERY AND WAS IN CONSTANT SEVERE PAIN, I WAS A NURSE WONDERING HOW MY BACK WAS GOING TO MAKE IT 20 MORE YEARS. DESPERATE AND IN PAIN WE CALLED DR.LAWICKI, A DECESION THAT GAVE US OUR LIVES BACK, FREE OF PAIN. DR. LARRY TREATED US LIKE FAMILY. THANK YOU FOR THE KNOWLEGABLE CARE, BUT MOST OF ALL THANKS FOR GIVING US OUR ACTIVE LIVES BACK

My neck and lower back have improved over 100%!

I decided to go to Dr Larry Lawicki and try his spinal decompression system. This was the best decision I have made in years. Within 2 years, my neck and lower back have improved over 100% and with good follow up chiropractic care, I can now lead a normal and productive active life. Dr Lawicki is one of the most caring physicians I have ever had!!! THANKS SO MUCH DR LARRY!!!!!!!